The Ranch House Doors Cape Cod and Craftsman Collection is inspired by traditional architecture spanning from the east coast to the west coast of the US. Our Cape Cod garage doors are inspired by historical Colonial New England architecture. The popularity of the simple, cottage look has grown over the years due to its clean lines and practicality. The oldest Cape Cod designs produced by Ranch House Doors originated on the Eastern seaboard, however, these custom wood garage doors have become the quintessential American cottage style doors and can now be found paired with homes from coast to coast.

Our custom Craftsman doors originated in Southern California, drawing inspiration from the work of two California architects and brothers – Charles Sumner Greene and Henry Mather Greene. In the early 1900’s, the brothers designed exceptional landmark Craftsman homes in California that became known as the “ultimate bungalows.” Our Craftsman custom doors honor the style and flair that the Greene brothers created over one hundred years ago. You can now see these garage doors on homes throughout the country. 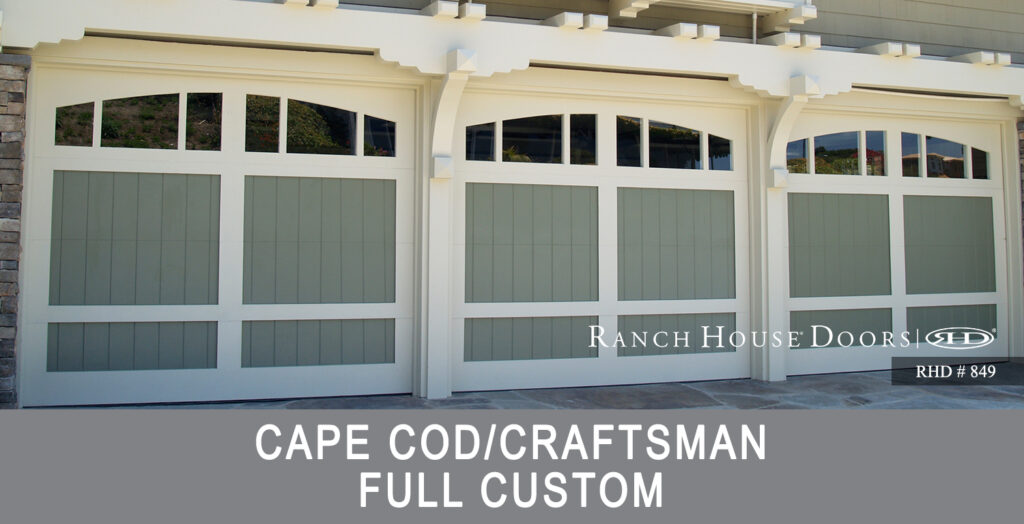 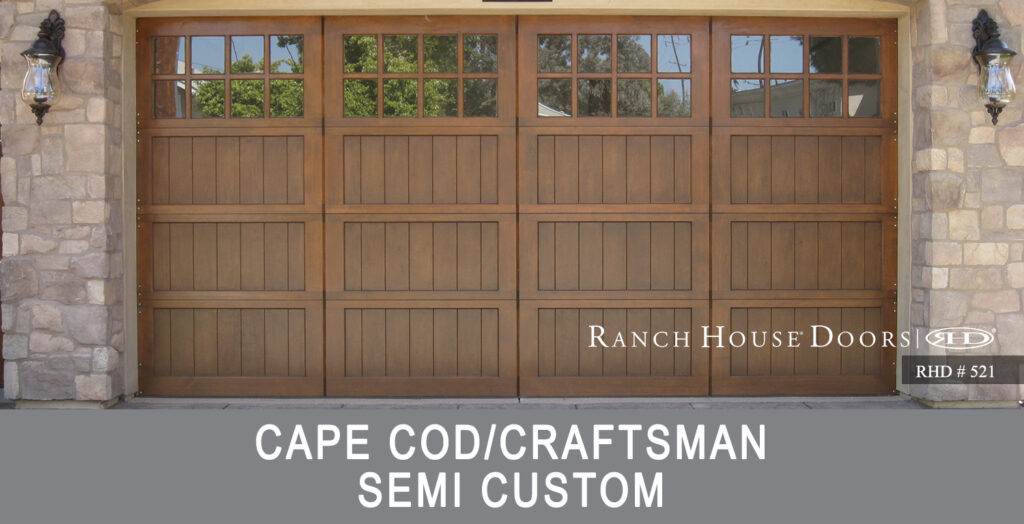